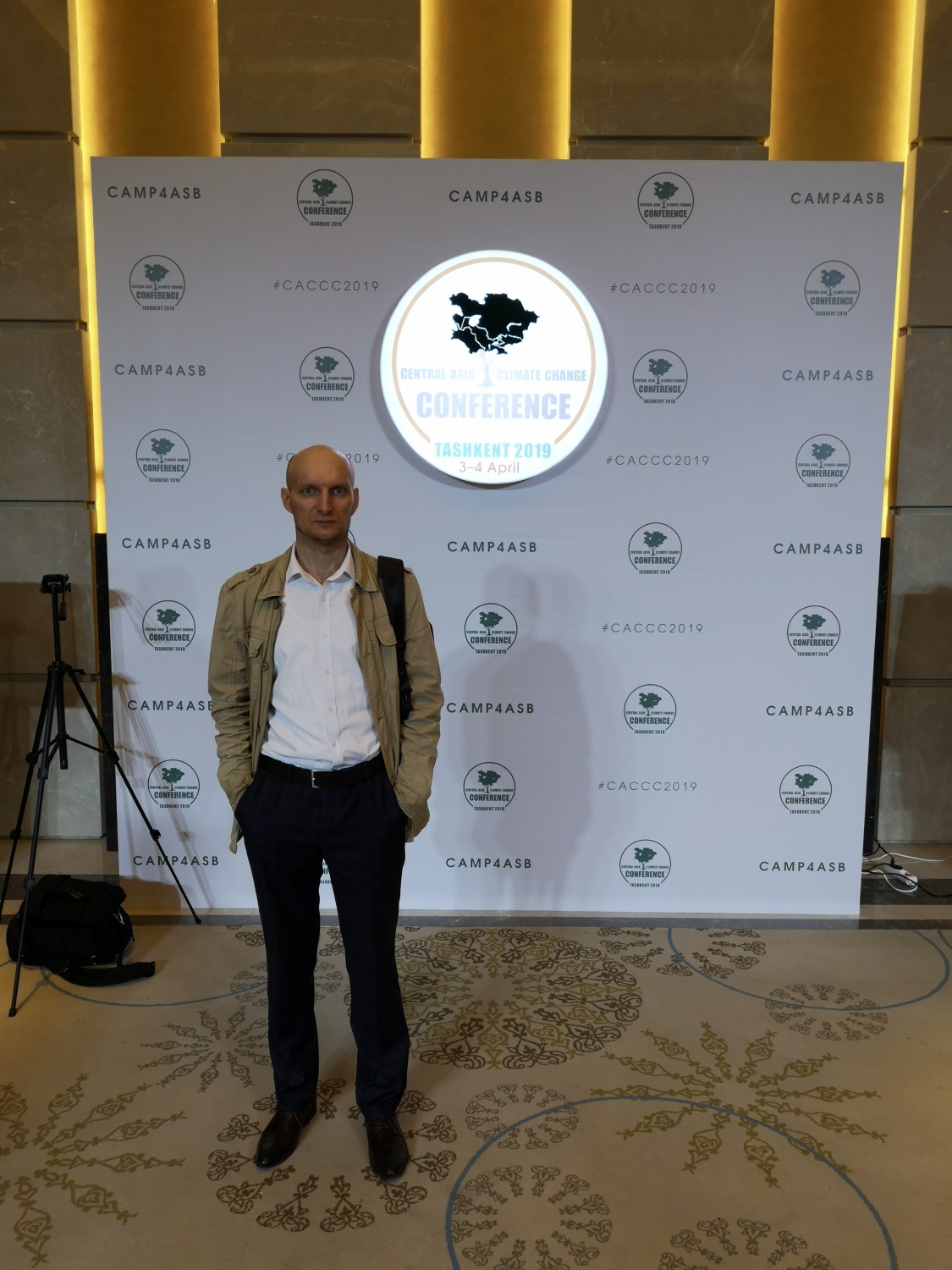 CENTRAL ASIAN CONFERENCE ON CLIMATE CHANGE 2019
On April 3-4, 2019, the Central Asian Climate Change Conference was held in Tashkent, Uzbekistan
Conference venue: Hyatt Regency Tashkent Hotel.
Participants: 400 representatives of government agencies, international and regional partners, multilateral development banks and civil society organizations working in the field of climate change.
Event organizers: Climate Change Adaptation and Mitigation Program for the Aral Sea Basin (project CAMP4ASB), World Bank, Executive Committee of the International Fund for Saving the Aral Sea, Uzhydromet, and the Regional Environmental Center for Central Asia
The main objective of the conference is to promote regional cooperation and partnership in the field of climate change adaptation and mitigation in Central Asia.
After the opening, the plenary sessions of the conference began immediately. (1) Global climate policy and national commitments; (2) Impacts of climate change and adaptation in the global and regional context; (3) Climate Services; (4) Climate change technologies and practices; and (5) Climate finance.
The conference discussed measures to combat the effects of climate change. The conference is a continuation of the World Bank's initiative to exchange knowledge and information on climate change in Central Asia, supported by the CAMP4ASB project.
The problem of climate change is one of the most important in the world. In Central Asia in the last decade there have been negative phenomena associated with climate change, which lead to drought, dusty brown, etc. Despite the fact that the world community is taking active steps to combat climate change and adopted a number of binding documents (the Paris Agreement in 2015 and a set of rules for its implementation in 2018), the temperature growth rate inevitably increases along with the increasing concentration of greenhouse gas emissions the atmosphere.
Therefore, it is very important to strengthen the political dialogue between countries. Such conferences are a fundamental factor in the effectiveness of regional cooperation.
According to the results of the conference, a final document will be prepared in the format of the Call to Action, containing recommendations in the field of adaptation to climate change and strengthening of multilateral cooperation on climate policy.